Whether you are on a gluten-free diet because of something serious like coeliac disease, or because you simply don't like the feeling of being bloated after consuming wheat, it can make finding delicious desserts a little bit challenging, especially when you love nothing more than a 4pm slice of cake. But with the growing trend of gluten-free diets, there are now so many options for cake baking beyond regular cake flour. And if you are not into baking, you can ask your local cake shop if they use any of the following ingredients in their cakes for gluten-free cake lovers.

Buckwheat. It's confusing, but despite the name, buckwheat doesn't actually contain any wheat at all. Amazingly, buckwheat is actually a fruit seed that is related to rhubarb. When it is ground up, it produces a flour that is ideal in certain types of cakes. Because this flour is quite dense, it's better to use it within a very wet batter where only a small amount of flour is needed to hold the cake together. This type of flour also has a nutty taste, so it works very well with chocolate cakes, and it works with banana bread as well.

Almond flour. In terms of density and texture, almond flour is quite the opposite of buckwheat. Although it provides nutty notes because, well, it's made of nuts, this flour is actually very light and produces fluffy sponges. Instead of something like a banana bread, you are better off using almond flour in something like a lemon sponge. Sponges made with almond flour also soak up moisture beautifully so it can be a great idea to pour a warm syrup over an almond sponge, which will soak right into it, for an extra dimension of texture and flavour.

Rye flour. Rye flour is an ingredient that is no stranger to most bakeries, but it's primarily thought of as a savoury ingredient used in bread making. Rye flour certainly does have strong, dark, bitter tones that make for interesting loaves of bread, but truthfully, even better cakes. Rye flour in a cake with dark chocolate really emphasises the bitterness, and the result is something totally luxurious. While rye flour can be overwhelmingly bitter for some people, this makes it ideal for baked goods like brownies where very little flour is used and you want a more liquid batter for a soft, squidgy brownie. 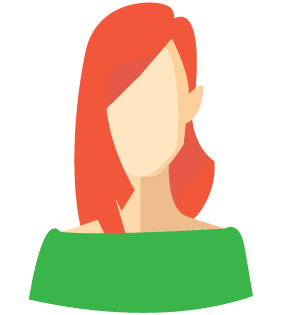 I love the way salt enhances the flavour of any meal it is added to. You can always add too much salt of course, but just a pinch of salt is perfect. I add salt to my deserts as well as my savoury dishes. I'm starting to explore more ways of cooking with salt including salt curing meats and aging my olives. This blog is my way of keeping a track of the recipes I try using salt in interesting ways, as well as some inspiring articles about chefs using salt around the world in different ways to enhance food flavours.